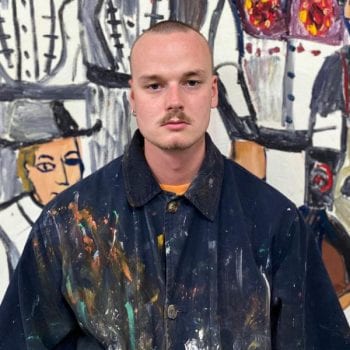 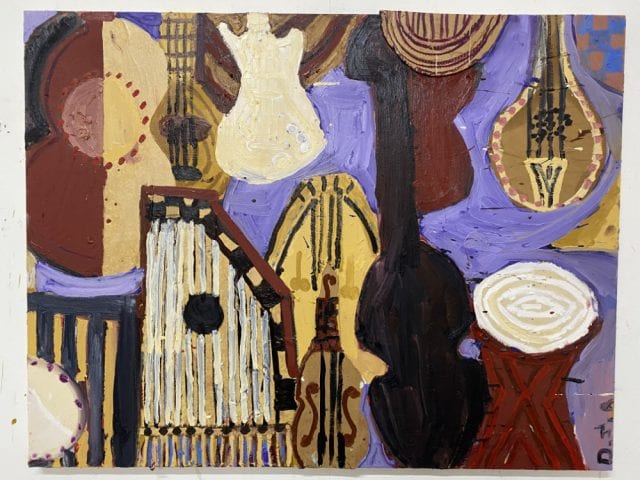 Danny Romeril’s work focuses around music and its imagery. From musicians and bands to still lifes of instruments and album covers; the iconography and physicality of the production of music is what drives Danny’s paintings, sculptures and prints.

Drawn from a deep and broad love of music the works don’t aim to interpret or represent specific types of music or songs but instead try to stand in for music, not as a replacement but as a place holder for it by exploring the visuals for something that is totally audio based.

Danny Romeril (b.1996) from Jersey, Channel Islands, now lives and works in London. He has shown in London, as well as internationally in group and solo shows such as his show ‘One Hit Wonder’ at New Art Projects in 2019 and The Space Between at Setareh X in Dusseldörf. Danny studied BA Fine Art at Central Saint Martins. He has published and been featured in publications with Loose London included 2019s ‘Morning Drawings’ as well as self publishing his first book in 2021 'I Made a Wooden Band and Made Wooden Music'. Danny has participated in residencies, including the La Brea Studio Residency run by Danny First in Los Angeles, California. 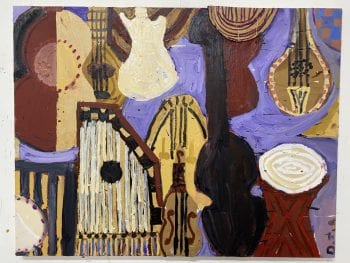 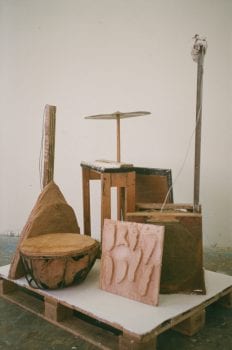 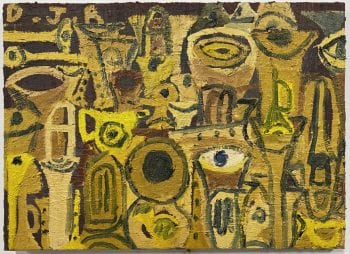 The Brass Hole (a Music Shop) 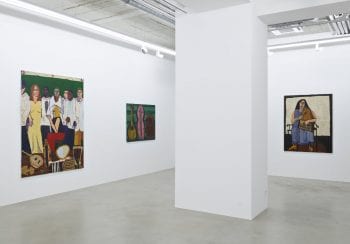