Arturo Di Modica and his Legacy the Charging Bull 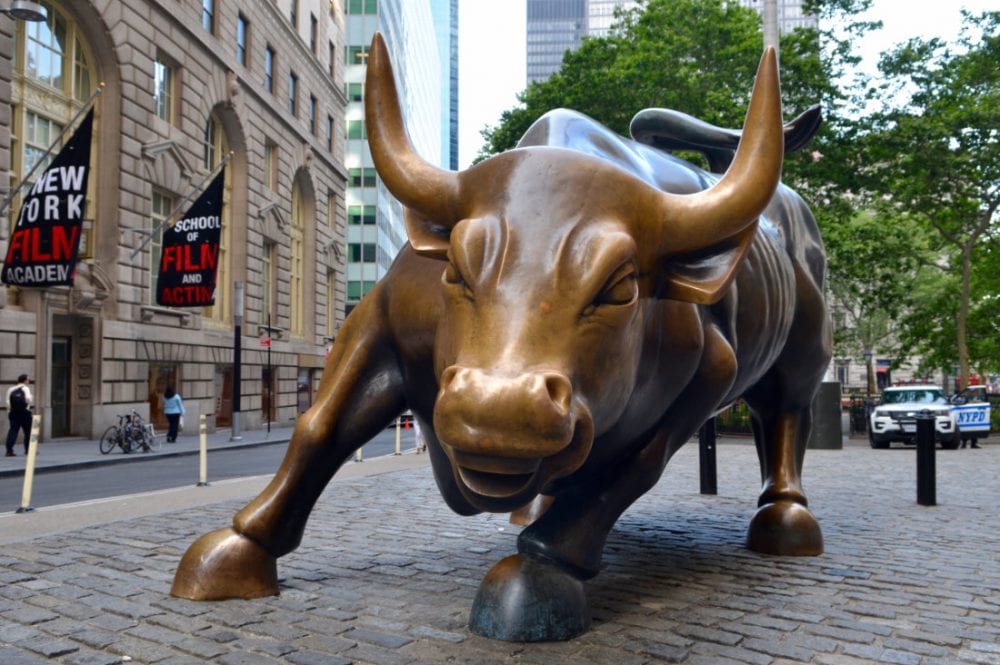 In the early morning hours of December 15th 1989, a majestic bronze statue of a bull weighing 3.5 tons was covertly placed without permission right in front of the New York Stock Exchange.

Five minutes. The operations shouldn’t have lasted more. Otherwise, we’d risk big. After a couple of scouting trips, I had discovered that at night, the police made its rounds on Wall Street every seven to eight minutes.

Charging Bull was created by sculptor Arturo Di Modica, who lived in New York City for over 40 years, as a symbol of America’s valour and courage. The sculpture was designed to provide the nation and its global visitors with a sense of optimism and hope following the Black Monday stock market crash in 1987. It also encompassed the spirit of New York, where anyone can come, work hard, and succeed.

Owing to its unapproved placement, the sculpture was removed at the end of the day by the NYSE, but the then Parks Commissioner Henry Stern, Mayor Ed Koch, and members of the Bowling Green Association, found a permanent home for the Charging Bull near the Bowling Green. The Charging Bull has stood there ever since, visited by millions of tourists as one of the world’s most iconic pieces of public art, acting as a talisman for Wall Street traders and a symbol of the power of New York City.

Following the recent announcement of the death of the Bull’s creator, who died aged 80 on 20th February, Arturo Di Modica’s legacy will live on. It raises the importance of public art, its status in society, the significance of what it stands for, and the legacy it creates long after its creator has passed.

In 2017, the Bull was the centre of controversy yet again – despite now being long-embedded in the heart, mind, and culture of New York City.

In a commemoration of International Women’s Day that year, State Street Global Advisors installed a bronze statue of a lifesize young girl staring determinedly at the Bull. Created by artist Kristen Visbal, Fearless Girl is intended as a symbol of female power. An inscription that had accompanied the statue read:

Know the power of women in leadership. SHE makes a difference.

The inscription generated public backlash on the premise of being an advertisement for State Street’s Gender Diversity Index ETF, which goes by the ticker (SHE).

The statue of the Charging Bull was no accident. In the trading world, the bull is a symbol of a strong stock market which exudes optimism and confidence for all those involved. The theory is that euphoric investor psychology causes investors to buy more and more, driving the market higher. Di Modica claimed it represented “strength, power and love”, but it also subliminally represents masculinity.

In the installation of the Fearless Girl, there is a pull at rebalancing the gender bias seen in the corporate world and creating a more fitting statement of gender equality in the modern age. But Di Modica publically contested the installation of Fearless Girl. He claimed that it was an insult to his work, undermined its statement of symbolic national strength and virility, and created a message laced with negativity instead.

Initially intended only as a temporary installation, New York City Mayor Bill de Blasio gave the Fearless Girl a permanent home outside the NYSE in 2018.

This is the very essence of public art – a response to the societal and cultural happenings of our time, which naturally shift and evolve as the years pass. Then the creators pass, too. But the art lives on.