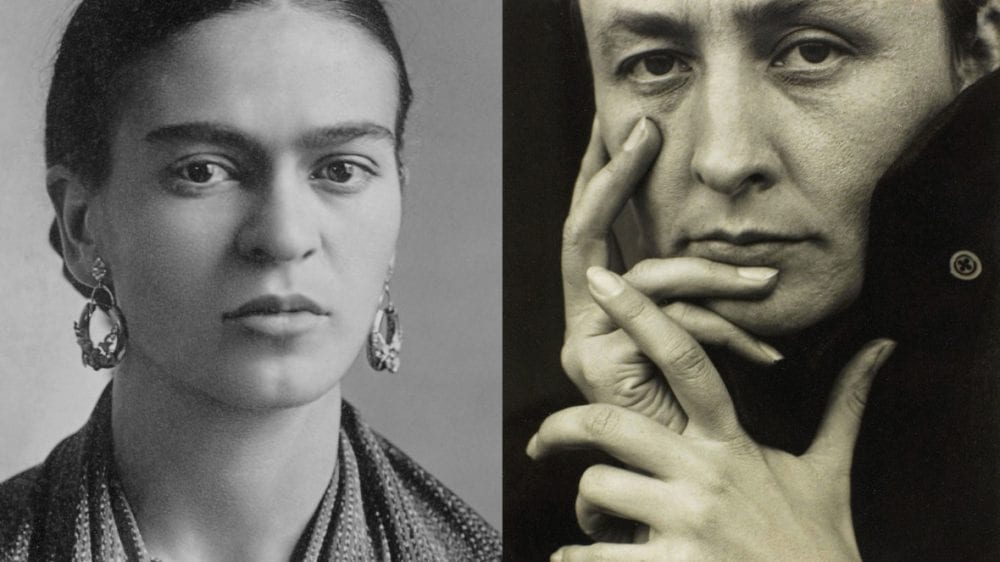 When thinking of great artists who pioneered entire movements, whose works have become historical masterpieces, and who created a legacy that still lives on – rarely are these cited artists female. Why? Simply put, they were few and far between.

My illustrious lordship, I’ll show you what a woman can do

In 1971, the art historian Linda Nochlin famously published a groundbreaking essay titled “Why Have There Been No Great Women Artists?“. In the essay, she investigated the social and economic factors that had historically prevented talented women from achieving the same status or recognition as their male counterparts. She wrote:

The fact of the matter is that there have been no supremely great women artists, as far as we know, although there have been many interesting and very good ones, who remain insufficiently investigated or appreciated…

Stating not cultural or gender differences as the limiter for great female artists, but in fact, education, societal, and institutional boundaries that women were largely unable to breach, Nochlin refers to the gender bias in art as “the woman problem”.

Women were expected to conform to societal expectations, bound by oppressive institutional structures, and also weakened under the demands of submission to men. This complicated matrix of inequality rendered women unable to express themselves creatively.

There were a few female outliers who broke beyond the confines of their social expectation, and granted with the fortune of an artistic father, managed to not only create art, but gain esteem and eminence as artists and set the notion of feminism into historical play.

A French Realist painter, Rosa is considered one of the most famous female artists of the 19th century, known for her large-format paintings that featured animals. Like many female artists of this era, she learned from her father, who was an artist and ended up securing regular exhibitions in Paris, the United States and Britain. Bonheur is also celebrated for breaking gender stereotypes and was probably one of the earliest creative-led feminists to spark the movement. From the mid-1850s onward she wore men’s dress, and despite the criticism she received for wearing trousers and loose blouses, she continued to do so throughout her life. She was also an open lesbian, and by living her life openly in an era when same-sex relationships were subject to harsh disparagement from the government, Bonheur staked her claim as a ground-breaking pioneer of feminism, both in her career and her personal life.

Georgia O’Keeffe is one of the most well-known American painters in history and is also considered by many to be the foremother of the feminist art movement. Acknowledging the fact that she was working in a discipline dominated by male artists, critics, gallery owners, and curators, who were typically critical of female artists, O’Keefe dispelled the status quo by developing a distinctive painting style that employed organic vulvar forms and floral imagery. She spent much of her career – which spanned the best part of the 20th century – rallying against the persistent gender divide in the avant-garde art world, and also combatted her art’s interpretation solely as a reflection of her gender. Throughout her career, she refused to participate in all-female art exhibitions, wishing to be defined simply as an artist, free from gender.

Mexican artist Frida Kahlo was the epitome of a strong woman who defied the odds in more than one context. Working at a time before the concept of “feminist art” even existed, her paintings explored questions of identity, gender, class and race. Her fierce self-portraits featuring her iconic bold unibrow and moustache were often both confrontational and seductive, and her work is retrospectively seen as feminist because she often translated her own life experiences into the canvas – something that women traditionally did not do. Having carved a niche in exploring her own artistic identity, she later became an icon for feminist and LGBTQ+ movements.

In “The Two Fridas (Las dos Fridas)” from 1939, Kahlo depicts her two personalities—one in traditional Tehuana costume with a broken heart, and the other in modern dress, independent, with a full heart. Kahlo’s constant remaking and layering of her own identity was an important predecessor to identity politics that continues to inspire artists today.

I need to make things. The physical interaction with the medium has a curative effect. I need the physical acting out. I need to have these objects exist in relation to my body.

Boasting a career that spanned eight decades, from the 1930s until 2010, Bourgeois was one of the greatest figures of modern and contemporary art. Despite commanding multiple art styles — such as Abstract Expressionism, Feminist art, and Surrealism — she wasn’t formally affiliated with any particular art movement throughout her art career. She explored the female identity and the rawness of emotion throughout her artistic career, constantly challenging the conventional role of women in 20th century society.

One of her most recognised series of paintings is the Femme Maison (1946-47) that focuses on the female identity. In these series, the heads of the depicted women are replaced with houses and buildings, a symbolic representation of how their domestic obligations suffocate them, trapping them inside a house.

Another of her famous works is Maman (1999), a marble, bronze and stainless steel sculpture of a spider standing over 30 feet high. It is said to be representative of Bourgeois’ mother and the metaphorical web she weaved in protecting her children and family.

A contemporary British artist, Emin has created a formidable reputation as an artist, known for her provocative, edgy and controversial works laced with deeply sensual emotions and personal experiences. Emin successfully broke to fame in the late 1990s, when she earned considerable media coverage for her seminal feminist installation “My Bed”, consisting of her own unmade bed, littered with used condoms and blood-stained underwear. Since then, she has been creating artworks and installations that divulge intimate stories with a subtext of feminism, embodied by her outrageous statements of shared female sexuality that is traditionally considered taboo. The bed embodied a change in perception of female sexuality that was in line with third-wave feminism, with woman defining beauty and sexuality on their own terms.

Historically, men have dominated the world of art, and it is no surprise that by discussing successful women in art, we are also faced with exposing women’s vulnerability, their historic position in society, and the still-present battle between feminism and sexism.

The few famous female artists that span art history had to transcend stereotypes, subvert social expectations, and inspire change through the subtle yet powerful statement of their work. But in doing so, they created a blueprint of women’s right to equality and recognition that still resonates today.