Art Couples: Till Art Do Us Part 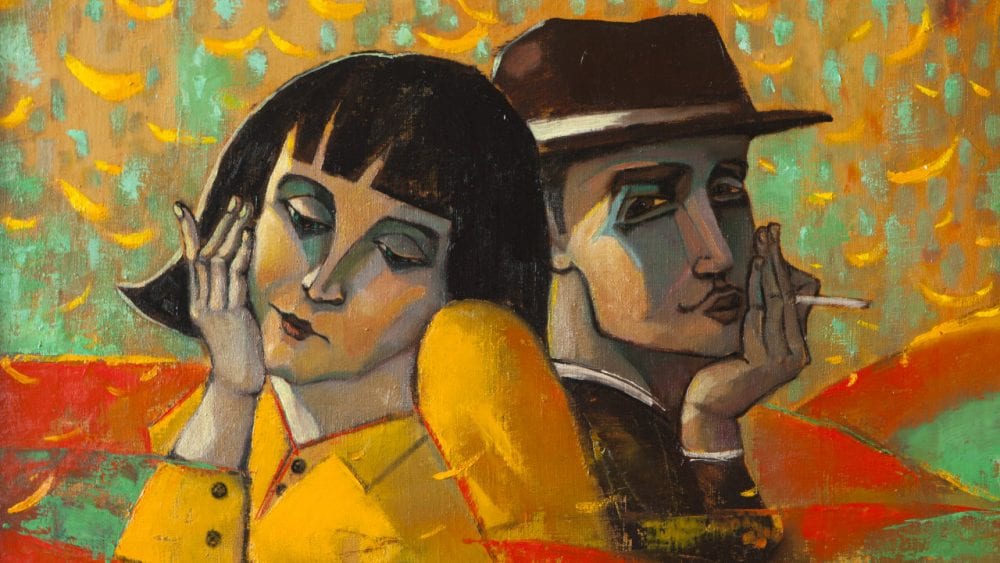 Living a life driven by creativity, often without parameters, may be one reason artists often seek other artists as partners. For many, art is a pure form of self-expression — an outlet for feelings, thoughts, views and frustrations. It is no wonder then that relationships between artists can be fuel for artistic expression and combustion for emotional flareups.

Historically, the female partner in artistic couples did not receive the same level of recognition as her male partner during their relationship. Often, the female spent years after the death of her partner managing their archive and estate, ensuring their legacy lived on. Much is now being written about the reasons for the delayed commercial success of these females and whether the moniker ‘female artist’ helps or hinders their recognition.

This article will not address those issues but will highlight some artistic partnerships that resulted in seminal contributions to art history.

The length of an artistic partnership is not the only measure of their success. Some romantic partnerships didn’t survive but resulted in periods of high productivity and exceptional creative output.

Barbara Hepworth and Ben Nicholson began their relationship in 1931 when they left their respective partners to set up a studio and travel around Europe together. After World War II, they moved to St. Ives and became seminal members of the colony of artists including Naum Gabo, Patrick Heron, Wilhelmina Barns-Graham, Terry Frost, Bernard Leach and others. There, taking inspiration and aspects of each other’s practices into their own work, Hepworth and Nicholson developed their signature styles. Their careers blossomed, making them two of the best-loved British Modernists today.

However, in 1951, Nicholson left Hepworth, and their careers diverged. Although both were commercially successful, Hepworth’s career and reputation particularly continued to grow. Her works can be found in many museums and sculpture parks around the world.

Even for those with only a cursory interest in photography, Man Ray’s images of Lee Miller may be recognisable. While he worked across all mediums, Man Ray is perhaps best known for his surrealist photography and the invention of the rayograph. He took in Lee Miller as an apprentice, muse, source of inspiration, co-creator and romantic partner. During their relationship, Miller’s reputation grew, ultimately putting a wedge between the pair. There was no room for two successful photographers in the relationship, but Man Ray’s photographs and artworks featuring Miller perpetuate the representation of his infatuation.

While the 1950s was a creatively free period in New York, with Abstract expressionists like Rothko, Kline, de Kooning and Pollock pushing artistic boundaries, being openly gay was unusual. It is not surprising, then, that Jasper Johns and Robert Rauschenberg kept their six-year relationship under wraps. However, they both created some of their most seminal works; and Johns had his first solo show (facilitated by Rauschenberg).

Other artist couples had longer-lasting partnerships, though many were still unconventional and fiery.

Max Ernst was married to Peggy Guggenheim, the American art collector and patron of the arts when he met Dorothea Tanning in 1942. Unfortunately for Peggy, Ernst and Tanning fell in love and left both Peggy and New York for a creative life in Sedona, Arizona. They were married for 30 years, but Tanning was never comfortable with being a ‘wife’ or called a woman artist. She said:

Women artists. There is no such thing — or person. It’s just as much a contradiction in terms as ‘man artist’; or ‘elephant artist’. You may be a woman and you may be an artist, but the one is a given and the other is you.

When Robert and Sonia Delaunay met, Sonia was married to a gay art dealer, largely to grant her social freedoms that she would not have had as a single woman. She and Robert fell in love, married in 1910 and were together until he died in 1941. They built intertwined careers, with Robert focusing on painting and Sonia focusing on performance, design, clothing, and decorative interior pieces. In fact, Sonia’s work on the Delaunay brand sustained them financially and contributed to her ultimate recognition as a painter. So distinctive was their style, they coined the term simultanéisme, referring to the application of contrasting colour patches.

Frida Kahlo and Diego Rivera’s relationship was one of the most volatile discussed here. They were married in 1929, divorced in 1940, and then remarried again in 1940. They both had multiple affairs and other partners, including Rivera with Kahlo’s sister and Kahlo with Leon Trotsky. While their marriage was far from ordinary or tranquil, they were a huge source of inspiration to one another, both experiencing commercial success during their lifetimes.

Other examples of artist couples who endured (or are still together) are Joseph and Anni Albers, Gwendolyn Knight and Jacob Lawrence, Caroll Dunham and Laurie Simmons, and Niki de Saint Phalle and Jean Tinguely.

Perhaps the most intense of artistic romantic partnerships are those where the partners form a creative duo.

Marina Abromović has become the world’s most famous performance artist, but for 12 years, she created work with her partner, Ulay. Their work was often physical, confronting and painful, and their life together was tumultuous. They staged The Great Walk, in which they started at opposite ends of the Great Wall of China, walked 2,500 km to the centre, where they met and broke up. They did not meet again until 20 years later when Ulay was a surprise attendee at Abromović’s The Artist is Present piece at MOMA. Abromović sat for two and half months, silently opposite museum attendees, but Ulay’s surprise arrival elicited a highly emotional response from both parties. In the final years of Ulay’s life, they made peace with one another and participated in an interview with Christian Lund about their relationship in 2017.

Christo and Jeanne-Claude met in 1958, when Jeanne-Claude had been married for three weeks. It was to be a short lived marriage; Jeanne-Claude left her husband and moved to New York with Christo. They were inseparable until Jeanne-Claude’s death in 2009. Together, they created almost inconceivably large installation artworks, where they wrapped buildings, built piers on lakes, erected enormous fences, hung curtains between mountains and surrounded islands with fabric. Although Christo also passed away in 2020, their works will continue posthumously. From September 18 – October 3 2021, L’Arc de Triomphe in Paris will be wrapped – a project that has been in planning since 1962.

There is no other couple as committed to each other and to a consistent artistic endeavour as Bernd and Hilla Becher. From their marriage in 1961, until their deaths in 2007 and 2015 respectively, the Bechers spent their lifetime documenting industry: water towers, grain elevators, farm machinery, gas tanks, cooling towers, water towers and more. With their signature spare, black and white style, these aggressively industrial subjects evolve into architectural marvels, worthy of both documentation and appreciation. Now, many of these structures are being appreciated for their architectural or historical value, and are being protected. The Becher’s were ambivalent about whether their photographs were art, but today they fetch six figures at auction.

Other examples of artistic duos include Gilbert and George, Edward and Nancy Kienholz, and Steina and Woody Vasulka.

Unfortunately, many relationships between high-profile artists had tragic endings, either through accidents, deliberate acts or struggles with mental health.

As one of the world’s most famous painters, Picasso was successful in his lifetime and continues to be a source of inspiration. While many know Picasso’s various spouses and lovers from paintings, their fate is less well known. His first wife, Olga Khokhlova, never recovered from their split, loving him until her death. Marie-Thérèse Walter killed herself. Dora Maar suffered from depression and spent a traumatic duration in a physiatric facility. Jacqueline Roque killed herself after Picasso’s death. Françoise Gilot fared the best after her 10-year relationship with Picasso, with her own successful career.

In 1985, Ana Mendieta was found dead, aged 37, after falling from the apartment she shared with Andre. He was charged with her murder but was acquitted due to lack of evidence. To this day, there is debate over the validity of the trial and the verdict. Andre continues to work. Ana has received much posthumous acclaim, and recently, museum retrospectives have documented her contribution to feminist art.

Auguste Rodin’s The Kiss portrays Paolo Malatesta and Francesca da Rimini, lovers having an affair, killed by Francesca’s husband. Interestingly, this survives as Rodin’s most famous work, given the parallels to his own life. Camille Claudel and Rodin had an affair for ten years, during which time he mentored her, and she attempted to forge a career as a female sculptor. Unfortunately, while her work was admittedly brilliant, society at the time was not prepared to catapult a female sculptor to the level of success enjoyed by male contemporaries. They ultimately separated, as Rodin would never leave his wife. Claudel’s declining mental health led to a thirty-year period of institutionalisation, and ultimately her death. It’s only in recent years that her surviving works are finally being acknowledged and exhibited.

There are a multitude of sources to consult on these relationships, a selection of which are included below. It is worth noting that accounts of events are highly personal, potentially biased and certainly sentimental. We can only read, imagine and speculate.

The Art of Love: The romantic couplings behind the world’s greatest artworks

Significant Others: Creativity and Intimate Partnership