Public Art and its Role in Cultural and Societal Evolution 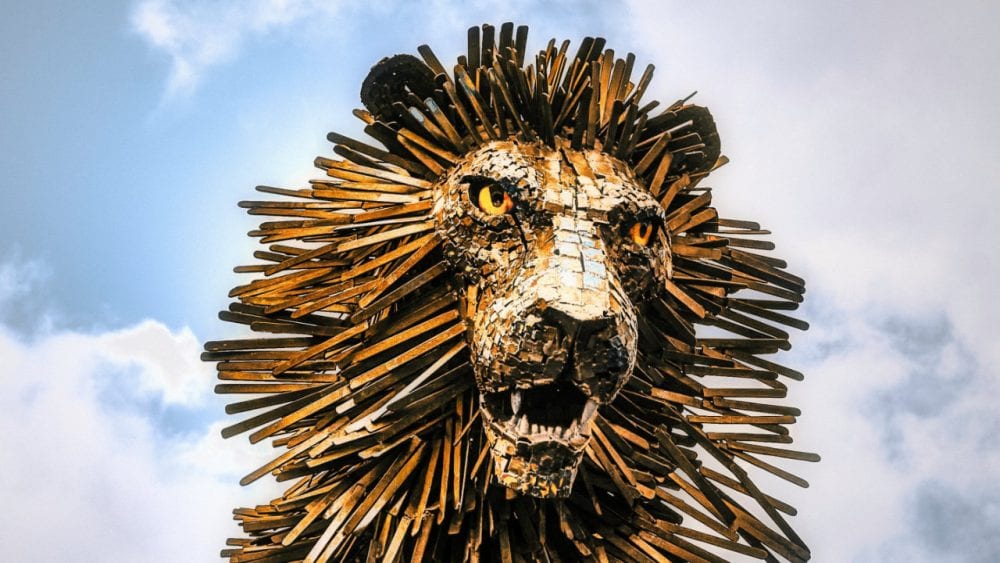 Throughout 2020, the world saw galleries, museums, and art institutions face unprecedented challenges of months-long physical closures, staff furloughs, and the mitigation of crowds in their spaces. So far, 2021 has resulted in much of the same.

However, what this did catalyse was an opportunity for outdoor artworks and exhibitions to take centre stage – where there were far fewer possibilities for disruption. Public art has taken on a far greater meaning and importance for audiences as a result of the pandemic, not only on the level of aesthetic appreciation, but also for what it might stand for politically.

In a pandemic-gripped world, society has had to learn the value of outdoor space, move away from a reliance on in-person cultural entertainment venues, and appreciate life’s simplicities. Public art has become a medium through which people can continue to experience art regardless of the circumstances.

What is public art?

Public art has the capacity to transform a landscape, uphold community values, enhance the environment, heighten our awareness, or question our assumptions. This medium democratises art and is accessible for everyone – whether it’s sculptures, installations, monuments, fountains or statues. The purpose of public art is to create a visual and sometimes even experiential form of collective community expression.

Public art is a part of our social history, our evolving culture and our collective memory. It reflects and reveals our societal and political stance and adds meaning to public spaces. Implemented for decades, stunning examples of this can be seen all over the world.

The world’s largest sculpture park boasts over 200 pieces in bronze, granite, and cast iron – all created by a single artist. It took Norwegian sculptor Gustav Vigeland 20 years to create all of them, after which he donated the sculptures to the city of Oslo. All representing the study of the human form, something that Vigeland dedicated his entire life to, some pieces have attracted controversy, especially the statue of the man fighting babies. The sculpture park has become a global attraction which receives more than one million visitors per year.

Arguably one of the most famous examples of public art in the world, the Statue of Liberty has become a status symbol for New York and a statement of freedom and human rights across the United States of America. Standing 305ft tall, the statue was famously given by the people of France to the USA to commemorate the 100th anniversary of the country’s independence. In a project which took 13 years to complete, sculptor Frederic-Auguste Bartholdi created the statue in France before it was then disassembled and moved to Liberty Island.

Barcelona is synonymous with the work of Antoni Gaudî, and Parc Güel is quite possibly one of the most successful, immersive public art installations of all time. The 45-acre park showcases some of the most interesting architecture in all of Barcelona, and although construction started in 1900, it wasn’t until 1926 that it opened as a public park. Gaudí had originally intended that the park be a gated community for 60 families, but modern society has made it a freely accessible attraction for all with an estimated 2.9 million tourists visiting annually.

The Shoes on the Danube, Budapest

An emotive piece of public art created by Can Togay and Gyula Pauer in 2005 sits on the bank of the Danube, inviting viewers to recognise its role in historical events. The memorial, which consists of 60 pairs of iron shoes, was made to honour the 20,000 killed by fascist militia (who worked in cooperation with the Nazis) in 1944 and 1945 on the banks of the river. The victims were forced to remove their shoes before being shot, and their bodies fell into the Danube.

While some installations are primarily for visual appreciation, such as Yayoi Kusama’s famous giant ‘Pumpkin’ sculpture in Naoshima, Japan, which stands out at the end of a pier against a backdrop of water, others are more poignant.

Sometimes laced with political and societal undertones, these public art installations often serve a deeper purpose than purely allowing accessibility to art. The problem arises when political and cultural views transcend the artwork, as was seen in Bristol in the United Kingdom in the summer of 2020.

Sparked off the back of the ‘Black Lives Matter’ campaign, a group of protesters pulled an 18-foot-tall statue of 17th-century slave trader Edward Colston down from its pedestal. In 1636, Colston made his fortune with the Royal African Company (RAC), which was responsible for shipping more 84,500 kidnapped and enslaved African men, women and children to the Americas than any other entity involved in the transatlantic slave trade.

By its very nature, art is subjective, and in a diverse modern society, art cannot appeal to all people. As cultural and social norms shift and evolve throughout history, so do societal reactions to sometimes even longstanding pieces of public art.

In the midst of the pandemic and a plethora of global concerns, there arose a number of significant demonstrations and controversies relating to public art – whether this stemmed from a frustration over state control and pandemic-fatigue remains to be seen – perhaps the activism would have happened without a pandemic. But it does create a reminder that eras shift and art can find itself at the epicentre of controversy and cultural progression.

The overriding positive sentiment though is that these acts are few and far between, and for the vast majority of public art, it acts as an always-available gateway for people to appreciate art, to acknowledge an artist’s response to the time we are living in as they create a lasting chronicle of our public experience.